Home update! We have pretty much demoed the whole first and second floor of the house. For me I think the second floor was the biggest transformation. People think I am crazy but I could better picture what the first floor would look like then the second. And during the demo of the second floor we found some old items in the walls and ceiling which I thought was super exciting! Check out the pics below to see the changes we’ve made over the last two weeks! 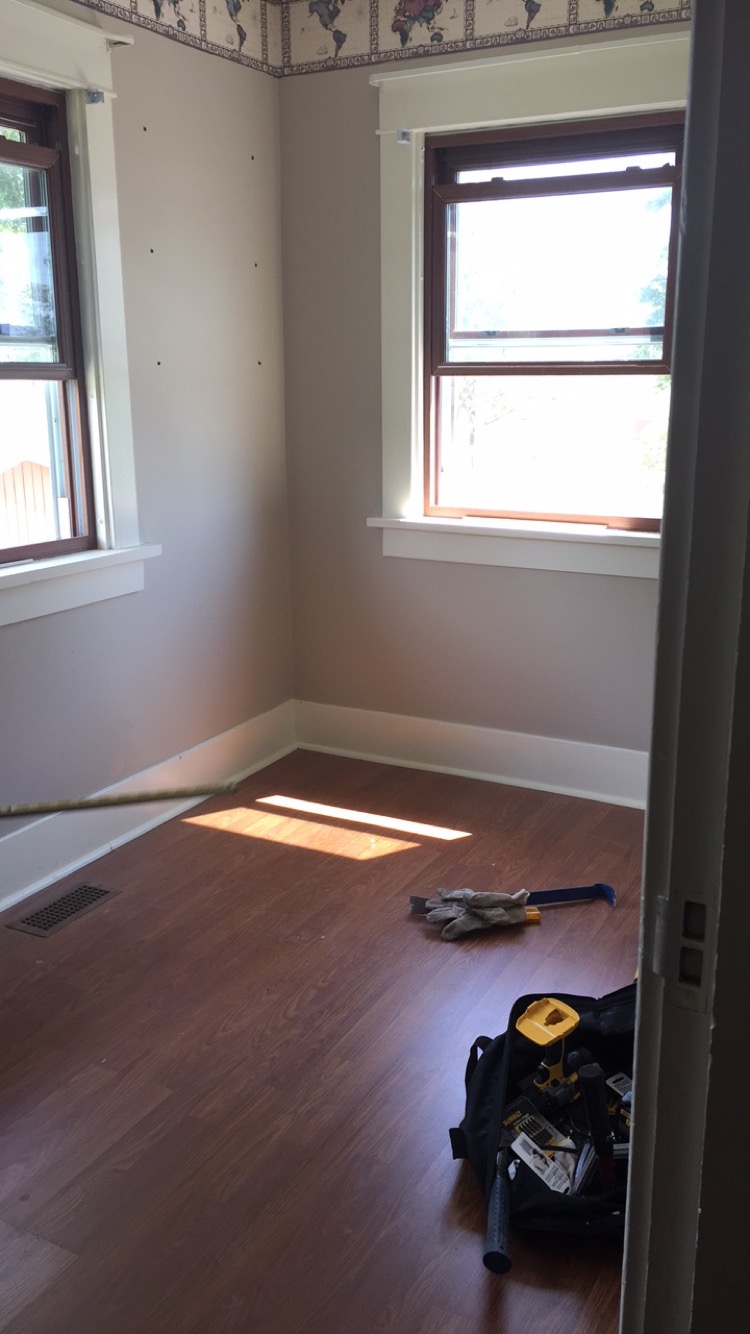 This is the smallest bedroom on the second floor. It is also the room where we found all the little treasures. 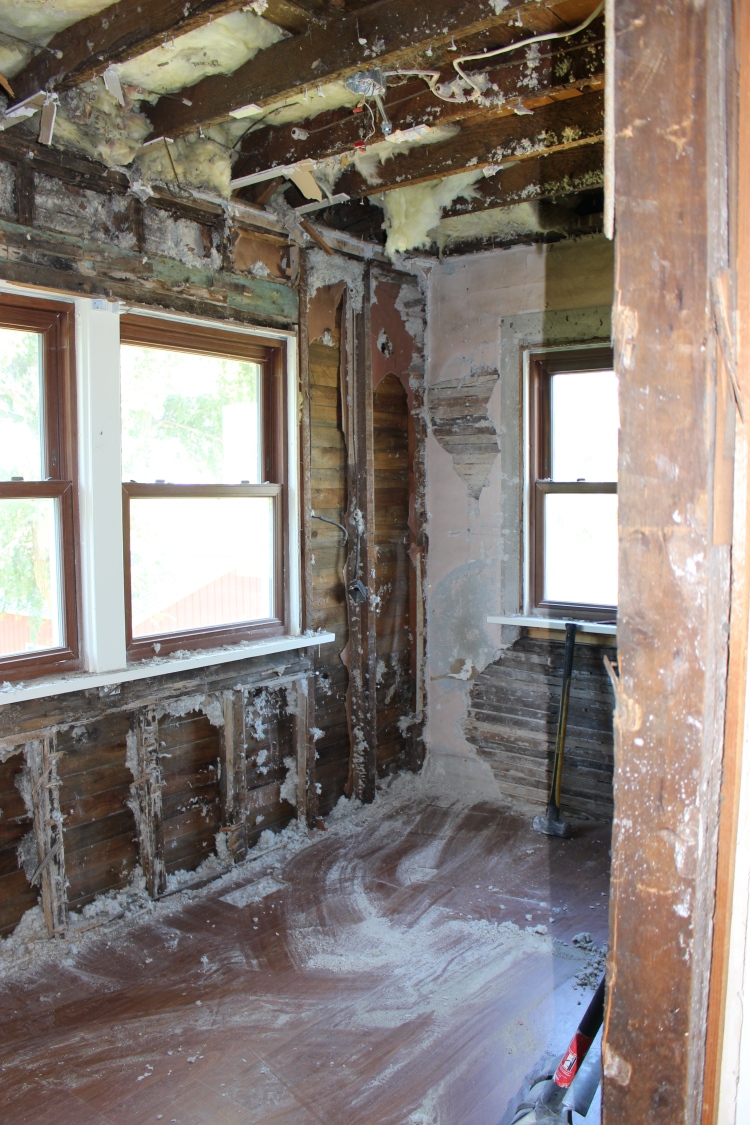 Now almost completely demoed.The treasures we found in this room were a letter written by one of the original children in the house, Hazel. She was a nurse during WWII and was writing back to her parents. The letter was in pretty descent shape but was faded and had some holes so hard to read the whole letter. We also found an old greeting card from another one of the daughters, Dorothy. It talked about how friends are the best 🙂 Lastly we found some old medicine containers as pictured below! 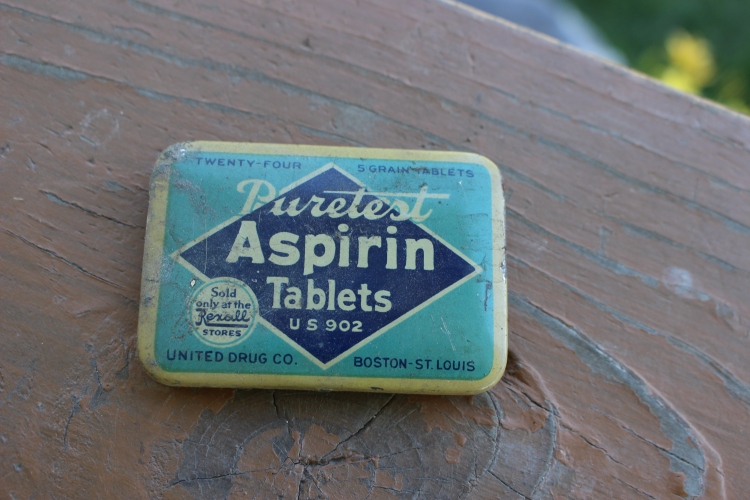 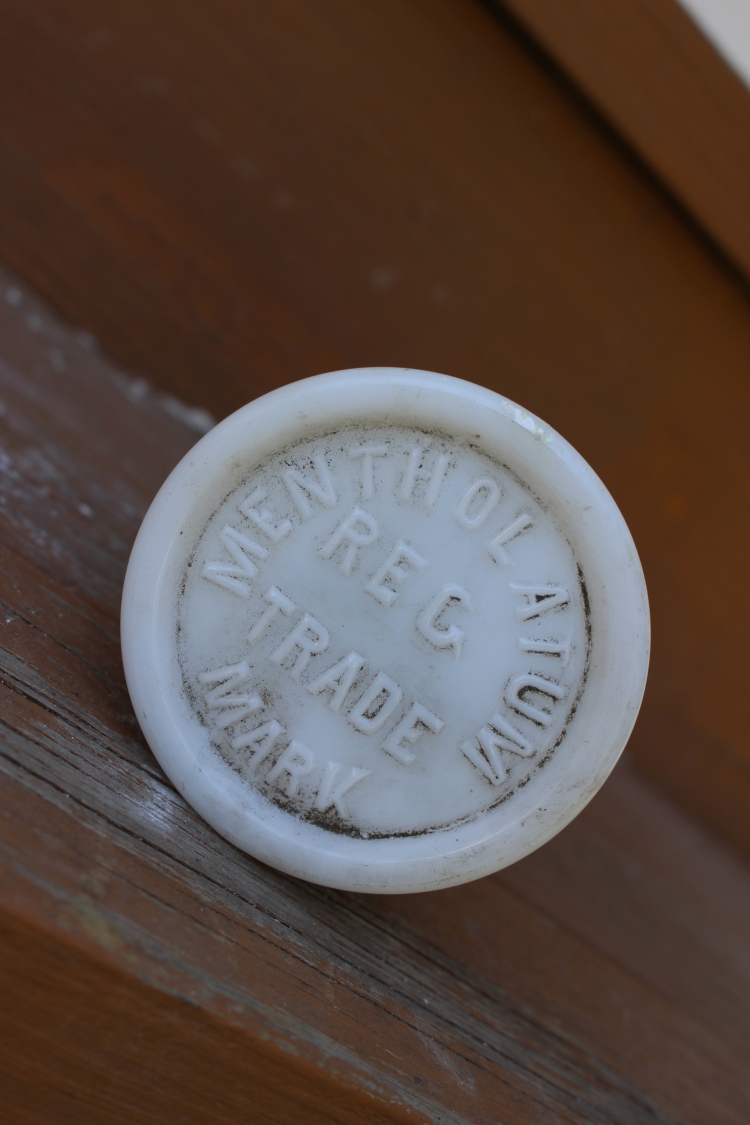 After I found these items I was able to contact one of the daughters whom is still living and get her address to send her the old letter and greeting card. It was so special to hear about her life in the house and how special the home was to her and her family.

Here is the only full bathroom in the house…..

Now gone! And the wall to the smallest bedroom that separated the bathroom and that room was also removed. Who knew a tub looked like a face from behind 😀 hehe 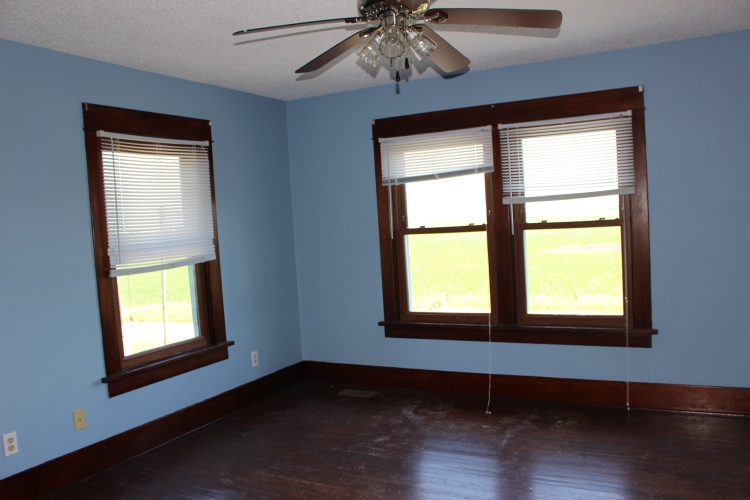 The biggest bedroom we are making the master bedroom. The room itself isn’t changing much except for this wall…

Now it is gone. And we hope to change the whole area into a master suite. (Most excited about this room haha)

Last up there are two other rooms on the second floor. They will have minor changes like paint, fixtures, and refinish the flooring.

The only change to this portion of the second floor is taking out the closet in the hallway and adding a second bathroom in the house. 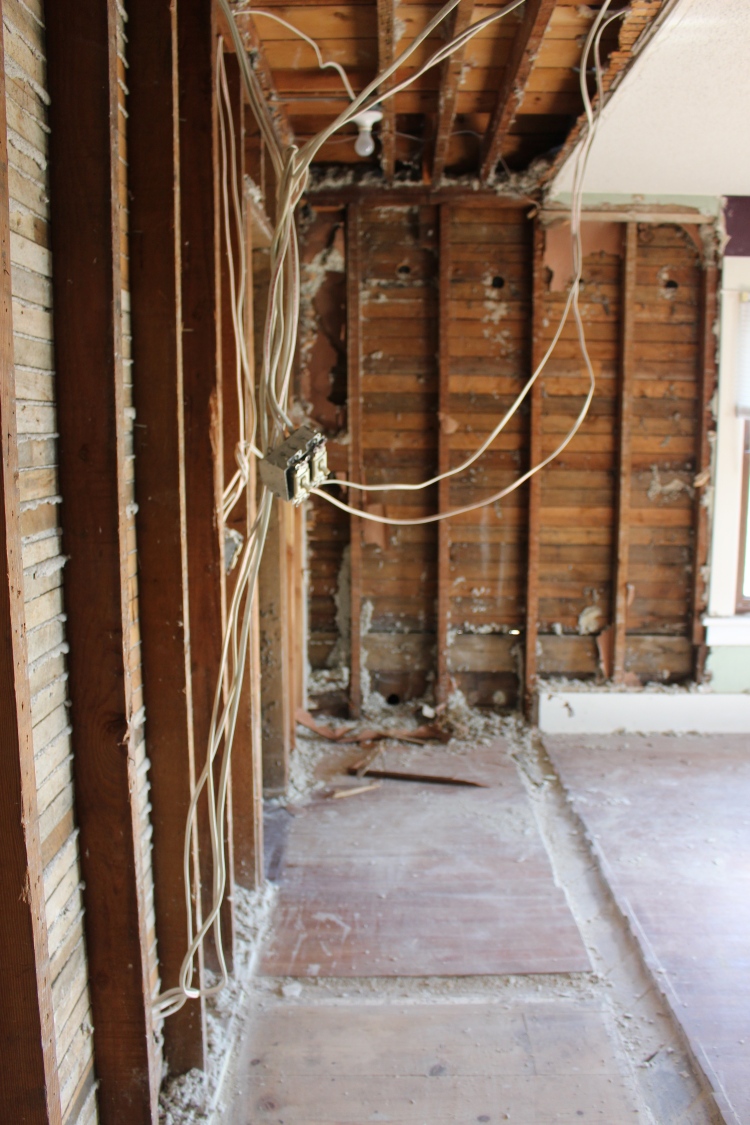 What the hall way looks like after demo. This portion was hard for me to picture so seeing this made me feel like the second floor will have some of the biggest transformations. I still feel like I need the wide eyed emoji for each picture. 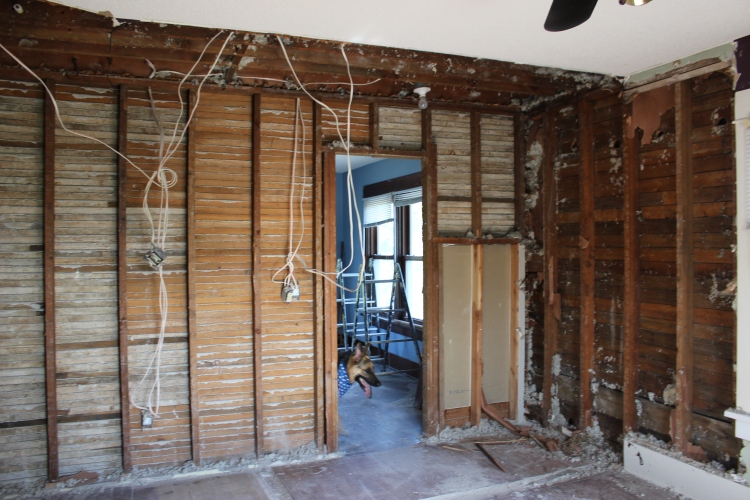 This is Mike’s building pad. It has actually changed a lot since I took these photos about a week ago but I will show that in my next update.

Our next steps are working with our contractor to start remodeling. I am excited to see how quickly things will change again and start coming together. At the same time Mike will be working on putting his building up so that will also change a lot. Luna is still loving the “farm” life and I was hoping to get this posted last week but life got in the way 🙂 Hope that everyone had a great 4th of July holiday!